A guide to forming a charitable incorporated organisation (CIO)

Are you looking to form a charitable incorporate organisation (CIO)? This article will break down the difference between a charity (such as a CIO) and a commercial company, what you need to consider before forming a CIO, the process involved in forming a CIO, and the long-term obligations involved in running a CIO.

A charity must be set up for the benefit of a sufficient section of the public, and for purposes which the law regards as charitable. A charity can never be the same as a commercial company. Unlike commercial companies, a charity:

What to consider before forming a CIO

When forming a new CIO, you will need to think very carefully about the way the CIO will run. We cannot stress enough how much detail the Charity Commission will want to see in the application form.

Will the CIO use the ‘foundation’ or ‘association’ model?

One of the early decisions – if not already made – will be whether the CIO uses the ‘foundation’ model, or the ‘association’ model:

If needed, a CIO can change which model its constitution is based on. However, the CIO would need to go through some formalities to make the change. It may therefore be preferable if the choice is made at the outset.

Who will be the charity trustees?

Usually, the Charity Commission would expect to see a minimum of two or three trustees, in the interests of transparency and good governance. 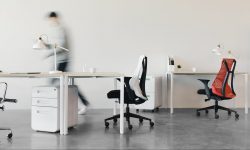 The process of forming a CIO

The constitution must contain certain provisions to conform with the Charity Commission’s requirements and charity law regulations. Other provisions may, or may not, be applicable. If you have certain matters which you would like to include, we can look at whether that will be possible, in line with charity law and best practice.

Step 2: Make an application to the Charity Commission

The Charity Commission will look at the details of an application to register a new charity. It will want to see very detailed information about how the CIO will operate. For example, if a part of the CIO’s objectives are education, the Charity Commission are likely to ask how many hours a week of teaching will be provided, who will receive the education and how will those people be selected, if they will have to pay for the education, and so on. The more detail which can be given when the application is made, the better the chance it will have of being approved the first time.

If you would like to view some specimen questions as an example of the basics (please note this is not an exhaustive list), please contact us. As each question is answered, a series of variable further questions may be generated by the Charity Commission’s online system. If the information is too sketchy, the application to form the CIO will be refused, and you will need to make a new application providing much more detail.

Whilst we cannot give an exact timeline, the Charity Commission says that it usually makes a decision within approximately 40 working days from the date of an application. However, individual cases may take longer.

Costs will depend on the exact nature of the constitution which is required. They will also depend on whether you would be happy to respond directly to enquiries from the Charity Commission, or whether you would like such enquires routed through First Corporate. Contact us for more information.

Longer-term, the CIO will need to file annual accounts, and submit an annual report to the Charity Commission each year. More about what a CIO needs to submit can be found on the government’s website. If the income is over certain prescribed limits, there may need to be an independent examiner’s report, or an audit of the accounts. Questions the CIO will be asked in an annual return depend on income, the type of charity, and what the charity does. Questions may be about financial information. For instance, income and spending, income or contracts from central government or local authorities, income from or work done outside the UK, trading subsidiaries, trustee payments, staff salary bands, and benefits.

Broadly speaking, a charity is, and is meant to be, subject to the Commission and public scrutiny; transparency is key. The application of income is to promote the charity’s objectives, and not to give any sort of financial benefit to members, directors/trustees/managers, or anyone connected with them. If this sounds a bit onerous, you might like to think about something a little less heavily regulated, such as a community interest company.

The government’s guidance to help you set up and run your charity.

Get in touch with us to find out more.